We have been using Thunderbird for a few years now and they do a great job. It’s hard to find a good cleaning company and I am happy to say Thunderbird has gone above and beyond. Thank you Thunderbird!

Since day one they have went above and beyond. Great job and very professional. I am very pleased with the work they do.

As a company owner, you place a high value on your company! It’s more critical than ever to keep your company’s premises clean. Providing a safe, sanitation, and healthy work environment is your priority. It’s a place to call a second home for you and your staff.

Therefore, it’s advisable to sanitize your workplace regularly. Appointing a cleaning company is an efficient and intelligent investment since it makes a fantastic first impression, helps retain customers and keeps employees healthy.

When you’re the company owner, you have a lot of responsibilities. To be honest, you probably don’t have the time to clean. Therefore it is better to leave it to the experts to get the job done well.

It is common for businesses to use their regular employees to clean the office or the facility, which takes time away from their other responsibilities.

In many cases, it’s safer, faster, and less expensive to use service from a commercial cleaning like Thunderbird Maintenance Corp in Fire Island, NY, to keep your workplace clean and healthy.

You should hire a commercial cleaning company for various reasons, some of which are listed below.

A commercial cleaner near me from Thunderbird Maintenance Corp knows how important it is to maintain a spotless workplace. You may rely on us for anything from floor care to garbage removal. Your building’s risk of infection from viruses, bacteria, and other pathogens may be minimized by our expertise.

Careful attention is paid to places with a lot of foot activity and is adequately cleaned from our end. In Suffolk County, having a clean, safe, and healthy working environment is critical.

Commercial cleaning is a point of concern for some company owners. They may attempt to assign or even do the cleaning themselves. However, this is not a good idea!

The equipment and technology you purchase for your business might be rather costly. Your company will look its best when cleaned and maintained regularly by the cleaning professionals.

You’ll save money in the long run if you keep your company and equipment clean with the help of professionals. The longer you wait to clean these objects, the more likely they will need more care or need to be superseded. Commercial cleaning should be performed regularly to avoid such issues.

We’ll maintain your business premise looking its best when new clients arrive. Consistent sanitizing and disinfection from us is an investment for your company’s long-term viability and reputation in Suffolk County regions.

A safe working environment is kept tidy! The safety of your staff and visitors must be a top priority.

Slips, trips, and falls may be avoided if work environments are kept clean, neat, and free of risks. Cleaning and sanitizing high-traffic areas make these places safer for your staff and customers from germs and bacteria.

In Fire Island, NY, regular cleaning will prevent minor issues from going severe in the future. When looking for a commercial cleaner near me, consider safety and sanitizing as top concerns.

Your company’s workers have a role to play. Cleansing isn’t something they’d like to do as part of their work. They don’t want to deal with maintenance concerns or disinfection from their coworkers.

In the long run, adding more work to your workers’ schedules might be discontent. Employee absenteeism and job-hunting might occur as a result of this.

Using office cleaning services near me from Thunderbird Maintenance Corp in Suffolk County boosts employee morale. Employees who are content with their jobs are more inclined to put in extra effort, resulting in higher productivity levels. They value an employer who is concerned about their health and well-being and the environment in which they work.

Having a clean workplace is suitable for your staff, customers, and brand! Who has the time to tidy up after themselves with lots of chores already in hand? 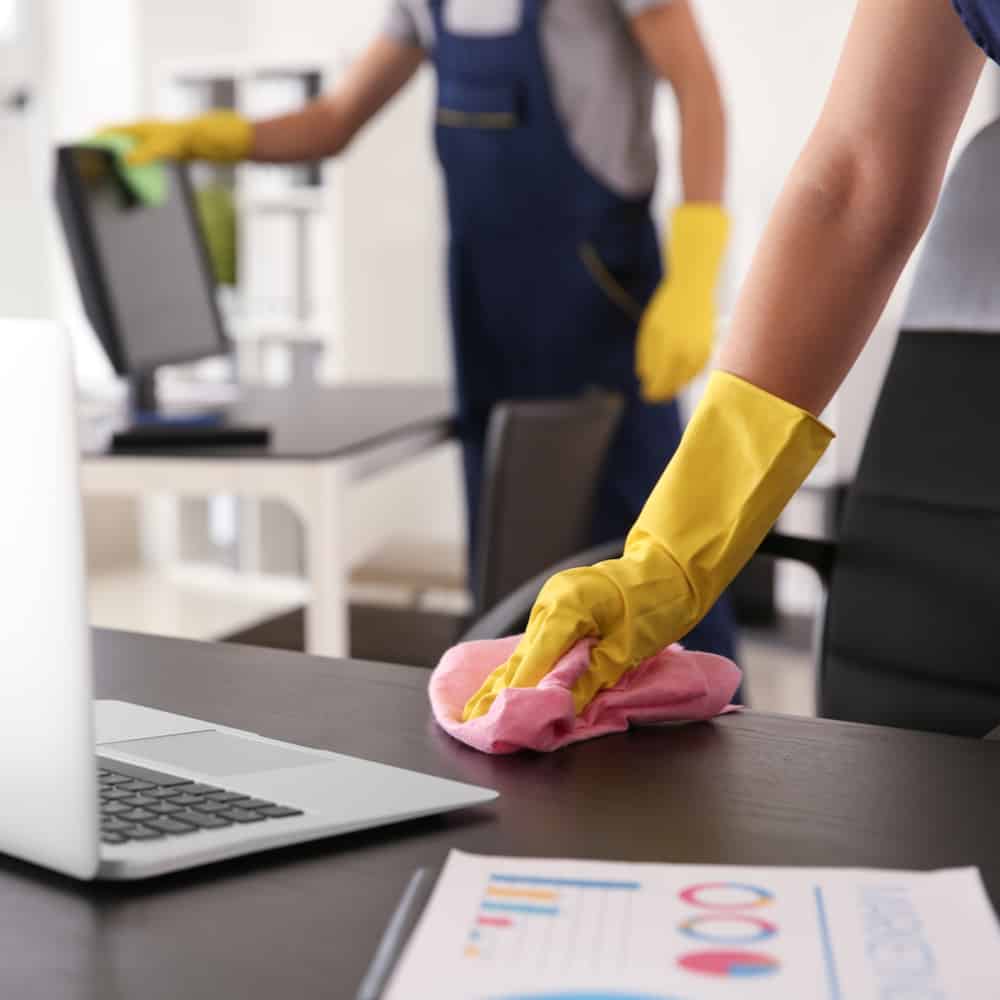 Commercial cleaning is an investment in the health and safety of everyone who enters your business in Fire Island, NY.

You can rely on us to deliver the finest commercial cleaning services for your establishment. We’ll take care of your building’s odor.

Furthermore, at Thunderbird Maintenance Corp, we can tailor the approach to your specific needs. What’s the point in waiting? Decide on the most suitable available options for office cleaning services near me.

The maintenance services team at Thunderbird Maintenance Corp is ready to assist you if you’re in the Fire Island, NY, regions. Get a free quotation by calling us on 631-319-1461.

Some information about Fire Island, NY

Fire Island is the large center island of the outer barrier islands parallel to the south shore of Long Island, New York.

Though it is well established that indigenous Native Americans occupied what are today known as Long Island and Fire Island for many centuries before Europeans arrived, there has existed a long-standing myth that Long Island and nearby Fire Island were occupied by ‘thirteen tribes’ ‘neatly divided into thirteen tribal units, beginning with the Canarsie who lived in present-day Brooklyn and ending with the Montauk on the far eastern end of the island.’ Modern ethnographic research indicates, however, that before the European invasion, Long Island and Fire Island were occupied by ‘indigenous groups […] organized into village systems with varying levels of social complexity. They lived in small communities that were connected in an intricate web of kinship relations […] there were probably no native peoples living in tribal systems on Long Island until after the Europeans arrived. […] The communities appear to have been divided into two general culture areas that overlapped in the area known today as the Hempstead Plains […]. The western groups spoke the Delaware-Munsee dialect of Algonquian and shared cultural characteristics such as the longhouse system of social organization with their brethren in what is now New Jersey and Delaware. The linguistic affiliation of the eastern groups is less well understood […] Goddard […] concluded that the languages here are related to the southern New England Algonquian dialects, but he could only speculate on the nature of these relationships […]. Working with a few brief vocabulary lists of Montauk and Unquachog, he suggested that the Montauk might be related to Mohegan-Pequot and the Unquachog might possibly be grouped with the Quiripi of western Connecticut. The information on the Shinnecock was too sparse for any determination […] The most common pattern of indigenous life on Long Island prior to the intervention of the whites was the autonomous village linked by kinship to its neighbors.’

‘Most of the ‘tribal’ names with which we are now familiar do not appear to have been recognized by either the first European observers or by the original inhabitants until the process of land purchases began after the first settlements were established. We simply do not know what these people called themselves, but all the ethnographic data on North American Indian cultures suggest that they identified themselves in terms of lineage and clan membership. […] The English and Dutch were frustrated by this lack of structure because it made land purchase so difficult. Deeds, according to the European concept of property, had to be signed by identifiable owners with authority to sell and have specific boundaries on a map. The relatively amorphous leadership structure of the Long Island communities, the imprecise delineation of hunting ground boundaries, and their view of the land as a living entity to be used rather than owned made conventional European real estate deals nearly impossible to negotiate. The surviving primary records suggest that the Dutch and English remedied this situation by pressing cooperative local sachems to establish a more structured political base in their communities and to define their communities as ‘tribes’ with specific boundaries […] The Montauk, under the leadership of Wyandanch in the mid-seventeenth century, and the Matinnecock, under the sachems Suscaneman and Tackapousha, do appear to have developed rather tenuous coalitions as a result of their contact with the English settlers.’

‘An early example of [European] intervention into Native American political institutions is a 1664 agreement wherein the East Hampton and Southampton officials appointed a sunk squaw named Quashawam to govern both the Shinnecock and the Montauk.’

Here are some cleaning-related links: